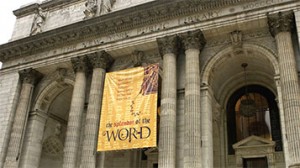 Have you visited your local public library recently? National Library Week, April 13th-19th, 2014, is a good time to check it out, literally. Lives Change @ Your Library® is an apt theme.

Today, even non-readers will find plenty of interest at the library. In addition to the usual paper books, magazines, and newspapers, library goers will find movie DVDs, music CDs, e-books, Internet access, and job search services.

Today’s tech-savvy librarians assist people with finding what they’re looking for, answer questions on a wide variety of topics, and help people of all ages and skills navigate computers and the Internet.

Library services are available to everyone for free. Well, sort of. Public libraries are taxpayer funded institutions (mostly local and state tax dollars), so they are not free, per se. However, library patrons generally do not pay for services except things like late fees or to cover shipping costs for materials from reciprocating libraries.

“More than ever, libraries are community hubs, and it is the librarian who works to maintain a safe harbor for teens, a point of contact for the elderly, and a place to nurture lifelong learning for all.” 1

Long before green became an environmental buzzword, libraries have been masters at the 3 R’s: reduce, reuse, and recycle.

Libraries practice reduction up front by purchasing one copy or sometimes more of an item for library patrons to share. These books, magazines, newspapers, DVDs, and CDs are read or viewed over and over again, indefinitely. Depending on the item, it may last for years, decades, or even longer.

When an item reaches the end of its useful life at the library, it may get a second life via donation or a library sale before eventually being recycled (yes, DVDs and CDs too).

By providing technology hubs, libraries enable a lot of different people to use the same equipment.

Libraries provide an ideal setting for people to explore and learn about green topics, such as climate change, green building, garbage, green living, and eco-friendly business practices, to name a few.

While reading about National Library Week and public libraries, I picked up a few interesting tidbits of information.

Visit Your Local Public Library and Find Out What’s New

Public libraries vary in size, accouterments, and services but they all have the same mission to connect people to reading and learning.

Soon after moving to a small town of about 6,000 people on the California Central Coast, I noticed the county library branch during a walk around town. It was housed in a tiny building (probably less than 2,500 square feet) and within easy walking distance of our house.

I went in and looked around which didn’t take long. I noticed a kid’s area, a section of DVDs and CDs, an area for large print books, a variety of magazines, and a couple of computer stations. The general bookshelves seemed to hold a small but respectable collection of books on a wide variety of subjects. Fiction books were housed in low 3-shelf bookcases with suggested books displayed on the top.

The library was doing a booming business with people looking for books, reading newspapers, typing away at the computers, perusing the digital media section, and checking out materials. I stepped up to the checkout desk and applied for a library card.

One of the librarians gave me the rundown on library hours and services. I learned that for $1.00 per item, I could request library materials from not only other county library branches but also branches in nearby counties that belonged to the regional cooperative library system. Cool. Odd, it had never occurred to me that I might able to borrow books beyond the local branch.

As it turned out, I am a frequent user of the cooperative library system. When I stumble across a book online or while reading another book or when someone recommends a book, I look for it on the online library system which gives a synopsis of the book, shows how many copies are in the system and where, and the dates checked out books are due back. I put it on my wishlist for future reference or make a request. When the book arrives at my branch, I receive an email then I go into the library to pay a buck and check out the book. 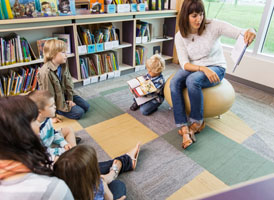 After a decades-long fundraising effort spearheaded by the Friends of the Library group, our town raised enough money to purchase and outfit a new library (the county paid half) about twice as big as the old one. The new library opened in December with more space for books, digital media, and computer stations, comfy well-lit reading areas, and room for the Friends of the Library to accept and sell donated materials.

I learned that two-thirds of our residents are library cardholders and check out about 10,000 items a month, making our little library one of the busiest in the county.

So check out your own local public library. Chances are you’ll find something new, a great book to read, a movie DVD you’ve been wanting to watch, or a service you never knew existed.