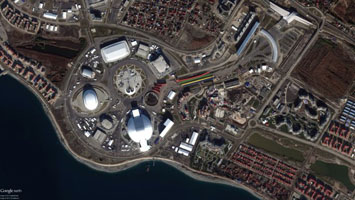 As the 2014 Sochi Winter Games began, I wondered what green actions Olympic sponsors had taken and how they were promoting sustainability.

These weren’t just the idle musings of a tree hugger. Being concerned for the environment has been part of the Olympic movement for two decades so it’s not unrealistic to expect sponsors to act and talk green.

The International Olympic Committee (IOC) has close ties with the United Nations and was influenced by the 1992 UN Conference on Environment and Development held in Rio de Janeiro, Brazil. Two years later, in 1994, the IOC officially recognized the importance of the environment and sustainable development by making the environment the third pillar of Olympism (sport and culture are the other two) and adding two items to the IOC Olympic Charter mission statement:

“to encourage and support a responsible concern for environmental issues, to promote sustainable development in sport and to require that the Olympic Games are held accordingly;
to promote a positive legacy from the Olympic Games to the host cities and host countries;”
— IOC Olympic Charter, Chapter 1, Rule 2, Paragraph 13 and 14 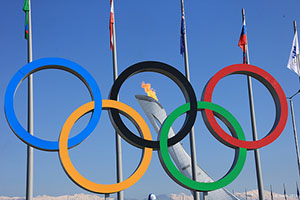 It’s likely the Olympics would not be possible without corporate sponsors, especially those with deep pockets and marketing prowess. Olympic sponsorship has its roots in 1896 when companies contributed revenue from advertising during the first Olympics in Athens, Greece.

Today IOC revenue comes from a number of sources that fall into four categories:

90% of IOC revenue is distributed throughout the Olympic Movement to the following organizations:

In 1985, the IOC created The Olympic Partner (TOP) worldwide sponsorship program and introduced the exclusive product and service supplier model. The TOP program raked in $950,000,000 for the London / Vancouver Games 1 which means each of the 11 TOP sponsors ponied up somewhere in the neighborhood of $86,000,000. 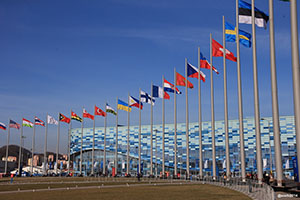 In addition to cold hard cash, sponsors supply products and services within their exclusive categories. This includes technical expertise in IT systems, timekeeping, and broadcasting, cutting-edge products and equipment for building Olympic infrastructure and venues, and worldwide brand recognition and popularity.

TOP Sponsors for the 2013-2016 quadrennium (Sochi / Rio de Janeiro) are listed below with their exclusive product/service category.

Sponsor Sustainability Messaging – The Winner Is… 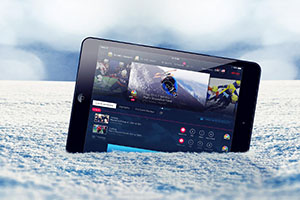 The number of fans watching the Olympics on TV and surfing the web dwarf those attending the Games in person so clearly sustainability messages will reach the largest audience on TV or online.

I conducted an informal evaluation of TOP sponsor sustainability messaging by visiting the Sochi Olympics and IOC websites, checking out sponsor’s websites and Facebook pages, and watching a lot of TV commercials.

All in all the results were disappointing. Dow was the only TOP sponsor promoting sustainability via their corporate website and Facebook page.

Selected by the Sochi 2014 Organizing Committee to be the Official Carbon Partner of this year’s Games, Dow committed to mitigating the direct carbon emissions of hosting and delivering the Games and travel for all athletes, media personnel, and spectators.

Dow recently announced that over 520,000 metric tons (MT) of CO2 equivalents have been mitigated through the “Sustainable Future” program. 4 The short video below gives an overview of the program. 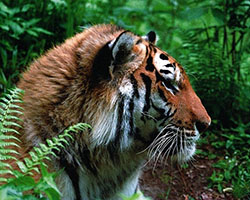 So far, I haven’t seen a Dow TV ad, but then Dow is more of a business-to-business company so perhaps they didn’t want to spend money on consumer TV ads. Still, it would have been great to see a Dow commercial showing results from their carbon emissions mitigation program like a snug, newly weatherized Russian home or a tiger roaming in a protected forest.

The Olympics offer an unparalleled opportunity for sponsors to not only promote their own brands and the Olympic spirit but to spotlight the importance of protecting the environment to a worldwide audience. It’s disappointing to see how little interest TOP sponsors took in promoting the third pillar of Olympism, the environment.

What can we do? Use our voices and our wallets. Let’s tell the IOC and Olympic sponsors we expect them to protect the environment and promote sustainability. Let’s buy products and services from companies that walk the talk.

One thought on “2014 Sochi Olympics – Sponsors and Sustainability”